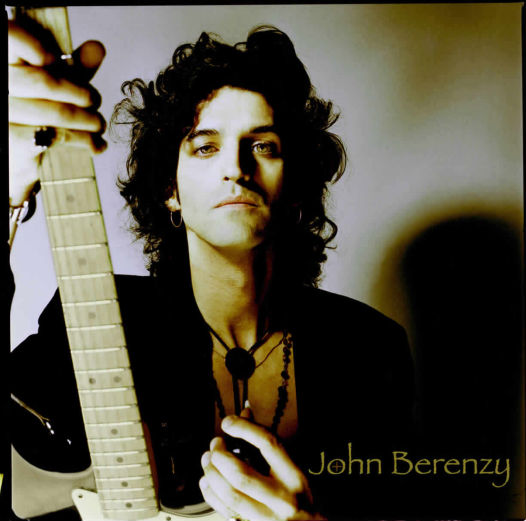 Born in Jackson Heights, Queens, New York, John discovered music early on in life, and immediately began immersing himself in it. His grandfather, a carpenter, who built and owned the family apartment house, rented rooms out to jazz musicians who left their record collections when they couldn't pay the full rent. He thus had the chance to hear what sounded important and significant to people who actually made music for a living. It was through such acquisitions that John discovered the work of Django Reinhardt and the great classical composers, who were his major inspirations for taking up the guitar.

Later on his parents and an aunt, Josephine, encouraged him and sent him to a Jazz Clinic where, at the age of 12, he studied music improvisation and composition with Attilla Zoller, Alan Dawson, Elvin Jones, Jimmy Garrision, Dave Baker, and Ron Carter. He entered professional music in the '70s and has never looked back, playing in numerous musical settings with other artists as well as releasing various solo recordings over the years.

It was at this early and impressionable age Berenzy realized that the music of poetry, the energy of Rock 'N Roll, the soul of the Blues, and the creativity of improvised music was his forte. He quickly distinguished himself on the local level, winning a "Battle of the Bands" as Best Guitarist. The prize was a tri-state tour, where he "cut his teeth" learning how to work an audience.

After a brief stint at Hartford University Art College, John was asked to join up with an early guitar hero, Danny Kalb of Blues Project fame, to record on an anthology album for Columbia Records. This included veteran guitar greats Eric Clapton, B.B. King, Roy Buchanan, Johnny Winter, Santana and Chuck Berry. A watershed experience was a tour of the United States, which also included Eric Burden and the Animals, and Commander Cody and the Lost Planet Airmen.

Back in New York John became the youngest teacher at The Guitar Study Center. He was quickly discovered by Seymour Stein to do an album for Sire Records. At this time he played on the C.B.G.B. scene, the epicenter of the Rock n' Roll renaissance, with Patti Smith, Television, Mink Deville and the Talking Heads. Later on, Willy Deville remembering the impact of John's commanding performance when they jammed at the C.B.G.B. club, asked him to fill Mark Knopfler's role on the Miracle Tour of Europe (1988-1989). Together they played throughout Paris, Germany, Belgium and Switzerland.

His 1977 45 rpm record, "Vice Verses," (written to, for and about Miles Davis) is now a valuable collector's item and is still played on many radio stations in Europe and Scandinavia. The press notices for Berenzy's performances and subsequent album "The Final Resolve" were extremely favorable. A remastered "Vice Verses" can also be found on his "Far Cry" Anthology CD.

John Berenzy's book of poetry, Evolove, was published by Oyster Bay Books, which included glowing quotes by National Book Award winner Thomas Pynchon and George Plimpton of The Paris Review. A second book "Blood of the Rose" is due out in the spring of 2012.

"Balcony in the Rain," an original album of solo guitar and vocals, is schedule to be released in the fall of 2015. It will feature electric and acoustic guitar.

One reviewer summed him up succinctly, "He's Rock n' Roll without the bullshit!"

[John Berenzy is a member of ASCAP]

"John Berenzy's poetry is the currency of today, Yet it transcends the generation that spawned it. A Fantastic work! Truly poetry of the ages."

"Evolove is a time stopper, that suspends the reader between near and distant realities, in a kind of virtual thought. A truly beautiful and mystical work."

"The best poetry rings out like a bell in an old world city. John Berenzy's Evolove inhabits those streets. There is the mystical and the mundane, and a knack for bringing the two together into harmony...an alter-articulation, where truths effervesce...Berenzy arrives like an airmail Astaire."

"Taking up the literary banner once unfurled by Thomas Pynchon."

"The musicians spirit guide of a lifetime."

A very special thank you to;